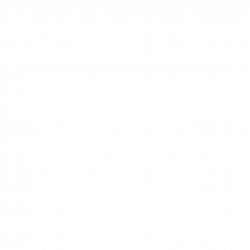 Scenic mountains and breathtaking gorge views await at the nation’s newest national park. The New River Gorge National Park & Preserve is steeped in rich history and outdoor recreation—making it the heavenly escape you’ve been longing for.

Welcome to America’s 63rd national park—the New River Gorge National Park & Preserve. Home to more than 70,000 acres of public lands, this park has been a hallowed spot for locals for centuries. The recent designation as the nation’s newest national park invites travelers, like you, to visit, explore and discover your own slice of heaven.

Easily accessible by Route 19 and I-64, the New River Gorge is one of West Virginia’s most photographed areas. The iconic steel arch bridge was once the longest in the world and welcomes travelers to this cherished region. Widely known as the second oldest river in the world, the New River cuts through extensive geological formations that make way for diverse flora and fauna. Bald eagles and peregrine falcons call this park home, and you’ll often spot a few along your travels. Hiking trails here take you to spectacular overlooks and through remnants of old coal mining towns. 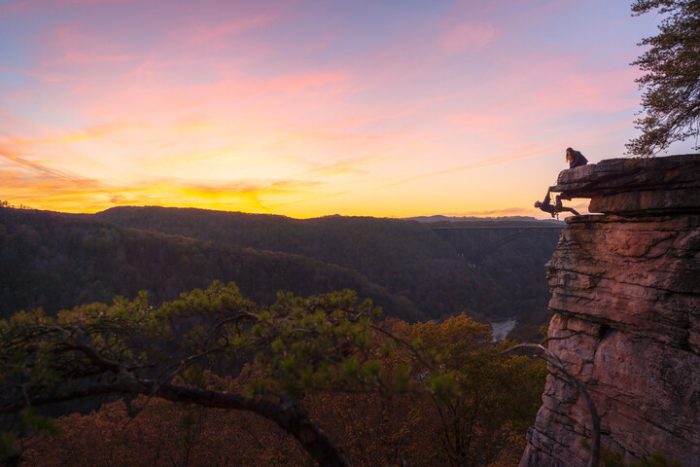 When first immersing themselves in the magic of the New River Gorge National Park & Preserve, many visitors begin at the Canyon Rim Visitor Center. This scenic wonder is a must-see stop for any first-timer, providing historical and educational information to over 300,000 visitors each year.

At the Canyon Rim Visitors Center, soak up breathtaking views at what many consider the most perfect overlook of the New River Gorge Bridge. Take your visit up a notch by stopping by for an early morning sunrise or late evening sunset, placing yourself in a true state of Almost Heaven.

As you head back upriver you just might notice the wide cascading waters of Sandstone Falls. Stop for a quick visit to enjoy the stunning views and inspiring landscapes surrounding the largest waterfall on the New River.

Serving as a starting point for the iconic rushing waters that make the New River a rafter’s paradise, Sandstone Falls is a true beauty. Continue on your journey down the river, only after soaking up every view of these serene yet powerful falls, spanning a total of 1500 feet wide.

Yet another fan-favorite overlook, Grandview provides the perfect balance of the peaceful trail adventures and awe-inspiring views that set the New River Gorge National Park & Preserve apart. Enjoy an added layer of beauty at this stop by visiting in spring, as the official state flower, the Rhododendron, begins to bloom along the gorge.

Explore a wide variety of hiking trails with adventures ranging from strenuous treks to leisurely strolls. Pick and choose the segments of trails you wish to complete to find your perfect path.

After several adventurous stops along on your New River Gorge National Park & Preserve road trip, it is time for a peaceful retreat. Refresh and refuel along the banks of the enchanted Bluestone River. Within the park, explore a 10.5-mile section of this rushing river as it carves its way through a rugged mountain-scape.

Take some time to experience this area, rich with a diverse collection of flora and fauna.

Along the winding turns of the mountain route to Fayette Station, a special bridge view is sure to stop you in your tracks. Though this beautiful destination might have you counting down the miles, don’t forget to take in the beauty of the journey as you head downhill.

Turn back time as you take on the route that locals traveled for nearly 100 years before the modern New River Gorge Bridge took shape as a structural wonder. Have your camera on the ready as you make this passage to ensure you don’t miss a scenic capture.

While you plan your adventure through America’s newest national park, listen to our curated playlist of West Virginia favorites. Be sure to download so you can listen to it along your travels on the Mountain State’s country roads.

The New River Gorge National River will be upgraded to national-park-and-preserve status as part of the new stimulus package Congressrecently sent to the president’s desk….

The U.S. Just Got a New National Park — and It’s a Rock Climbing and Whitewater Rafting Paradise

A popular rock climbing and whitewater rafting destination in southeastern West Virginia has officially become a U.S. national park, thanks to the latest COVID-19 stimulus package….

Everything You Need to Know About New River Gorge, America’s 63rd National Park

Some good and green news: America, we have a new national park….

America’s newest national park is a haven for hiking, climbing, and rafting

If one major travel trend has emerged over the tumultuous months of the pandemic, it’s been the public’s enormous appetite for getting outdoors….

The New River Gorge in West Virginia got the federal government’s highest protection, thanks, in part, to the latest pandemic relief bill….

There are moments, as you drift through the deep canyon walls of the New River Gorge, when it feels like you’ve got the whole world to yourself….

5 Pet-Friendly Trails For You And Your Furry Companion

From the mountain tops of the Potomac Highlands to the banks of Metro Valley's Kanawha River and everywhere in between, West Virginia ...

Discover the New River Gorge on Your Greatest Road Trip Yet

Close your eyes and imagine a place with thousands of acres of lush green forests, rushing waters and cascading waterfalls. Sound too good ...

Takeout Dinner and a Movie Ideas

Whether you’re looking for stay-at-home date night ideas or just need inspiration for delivery, takeout or curbside pick-up, these pairing...

Sightsee from the comfort of your car with these six scenic drives through the mountains of West Virginia. Historic National Road (15.7 mile...

Discover West Virginia on a virtual road trip and hop online for a tour of museums, historic sites and remote destinations without ever lea...

WV Themed Crafts To Do With Your Kids: Turn Simple Rocks into Works of Art

Painting rocks is a fun activity for kids of all ages. It’s a simple way to get outside and use creativity at the same time. Project Suppl...

Brush up on your WV History with these 4 Unique Facts

West Virginia has a rich and exciting history. Since our inception in 1863, we’ve built many more stories worth telling. Read for yourself...

Running out of things to do? Try these six Almost Heaven activities while practicing proper social distancing. From trying a new delicious W...

Happening Now in the Gorge