Could you solve the challenges to escape these 6 puzzle rooms?

Immerse yourself in a live-action mystery!

Escape rooms are simple in concept, even if solving one isn’t.

Interactive games have stories that vary from company to company, but several things unite them: clues, time limits and teamwork. 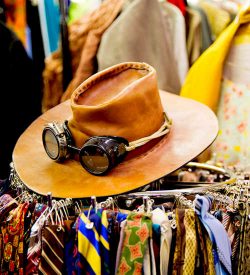 You’ll also be “locked” into a room, although it’s an illusion — you can always leave.

Since these games are based on deductive reasoning, more players are better than less. Share your observations with your fellow teammates. The room is filled with clues that lead to an escape, and you only have an hour or less to complete the mystery.

Most escape rooms record top times, too. See if you are crafty enough to finish before time elapses! Victorious players sometimes get free shirts or a group photo. If you don’t solve the game, you can still pose with your hapless team in the lobby — and plan for the next round!

How to be a sleuth

No matter where you play, escape rooms follow 2 trends. Some are subtle and test your observational skills; for example, you might find clues by scanning a bookcase and aligning numbered texts. Other games focus more on puzzles, like boxes with odd slots or pictures.

No matter which style you try, these tips should help:

Also, escape rooms can be scary or frustrating for anyone younger than 12.

Ready to play? Here’s where to go:

Fayetteville may be an outdoor adventure hotspot, but its newest indoor attraction is guaranteed to raise your pulse, too. Try your hand at:

Most interactive games have a creepy element to them, but not these. If you prefer something more lighthearted, try your luck with:

This Morgantown attraction has games that range from intense to goofy. Pick your comfort level and solve:

4. The Resort at Glade Springs

Search for treasure or flee the forces of nature like Indiana Jones. You’ll need to be quick on your feet and even swifter in the head for:

If spy thrillers and horror scenarios get your pulse going, head to Huntington for:

As if these games aren’t intense enough, this one happens at an authentic prison.

Brace yourself for Escape the Pen: The Execution. Infamous criminal “Lefty Lafferty” is scheduled for the electric chair until the governor of West Virginia delays his sentence for 1 hour. Nothing is what it seems, particularly the mysterious prisoner.

Which game are you going to try?