Have you been to the secret bunker at the Greenbrier? The ‘Today’ Show has!

Did you know that carved deep into the mountainside of West Virginia is an emergency Cold War fallout shelter? 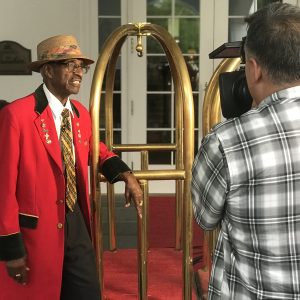 A behind the scenes look at the bunker beneath the Greenbrier Resort with The ‘Today’ Show on NBC.

Housed under the West Virginia Wing of The Greenbrier Resort, the top-secret, super-sized bunker was built for all 535 members of Congress during the Eisenhower era. And, The Greenbrier, which has been welcoming guests from around the world since 1778, including 26 presidents and countless celebrities, recently welcomed a new guest to check out this bunker: The ‘Today’ Show.

The morning show broadcasted live from the 112,544-square-foot bunker. The NBC show traveled south, camera crew in tow, to get exclusive access to the bunker and the people who had have been instrumental in the success of the bunker. Watch the Today Show’s visit to the Greenbrier to learn more.

The ‘Today’ Show crew chatted with Greenbrier Ambassador Frank Mosley, who has been with at the resort for about 60 years, to see how the place has evolved over time. Greenbrier Historian Bob Conte described to ‘Today’ Show producers how the bunker was able to stay a secret for so long and how effective it could be at holding all of Congress.

Kerry Sanders and ‘Today’ Show crews were granted access to portions of the bunker where no other cameras have gone! They were able to capture on video for the first time that shows the bunker in its original state and all the elements that made it possible for hundreds of people to live and work here.

Once a top secret U.S. government relocation facility for Congress, The Greenbrier Bunker is now open to visitors interested in learning about the history of this bunker! You can get your very own Greenbrier bunker tour – just like the ‘Today’ Show! Experience a one-of-a-kind, behind-the-scenes tour of the bunker that walks you through a fascinating period in the resort’s history. Tours provide a unique and in-depth look behind the hidden doors – including dormitories, meeting areas and more. This must-see experience is open to all!

Construction on the bunker began in 1958, which was built 720 feet into the hillside under The Greenbrier. Once it was completed in 1961, the facility was constantly maintained by a small group of government employees working undercover as audio and video technicians. 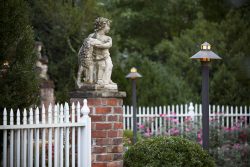 During its Eisenhower-Era use, the bunker provided the following:

Over the 30 years that it was an active facility, technology was constantly updated so that the bunker was always ready in case of emergency. The location of the facility, critical to its effectiveness, remained a secret for more than three decades.

On May 31, 1992, The Washington Post published an article, “The Last Resort,” which exposed the facility. In 1995, the US government ended the lease agreement with The Greenbrier, and later that year, the resort began offering tours of the historic facility.